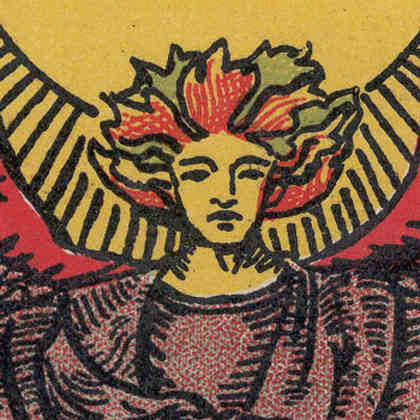 The Rider-Waite Tarot deck is probably the most popular tarot deck in use today in the United States. It was first published in 1910 by Rider & Company, a London publisher. Arthur Edward Waite designed the deck in collaboration with Pamela Colman Smith, an American artist. Waite was a member of the Order of the Golden Dawn, an occult society of the time. Waite considered symbolism of prime importance, so the cards of the Rider-Waite deck were created to communicate esoteric principles through symbols. Waite describes his interpretations in his book The Key to the Tarot, sometimes published with pictures as The Pictorial Key to the Tarot.